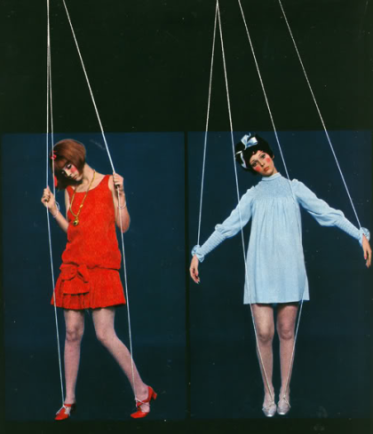 The ugly truth about people pleasing.

“All the world’s a stage, and all the men and women merely players,” wrote Shakespeare. How sadly true. Like a thespian stepping out on stage, holding in our minds the words and expressions memorised from our scripts, we perform with our hearts fixed on gaining the admiration and applause of the crowd before us.

How much of your life do you give over to this crowd? To this audience peopled by those expecting to be consistently enthralled, and others whose only wish is that you’ll freeze up, forget your lines and trip over your toga?

They are always there. First as family members ready with praise for “good behaviour” and punishment for “bad”. They are the other kids at school, constantly assessing whether or not they like you, secretly ascribing you your place in the pack. They are that wonderful first date who declines date two for reasons you’ll never know, a boyfriend or girlfriend who dumps you because you’re a 6.5 and they want a 9. They are there again as your boss, colleagues and as unseen, unknown, all-powerful “senior management” who decide how competent or inept you are at your job, or perhaps as a human being.

If only they would all just smile, clap and throw me a bouquet, God dammit!

If the overpowering need for the validation of others is what dictates most of your decisions in life, then you’ve fallen prey to people pleasing.

You’ve probably heard the term used in reference to self-sacrificial bleeding hearts who place the happiness of others before their own. That’s an inaccurate picture.

There is a difference between someone who is genuinely big-hearted and who has the time, energy and means to engage in socially-approved-of or “good” actions, and then there are people pleasers. The former gives freely, whereas the latter gives out of the fear of social discord or ostracism. Make no mistake, people pleasers are not “nicer” than the rest of us, they are just more concerned than the average person that they are regarded as so.

The people pleaser’s, “personal feeling of security and self-confidence is based on getting the approval of others,” said clinical psychologist and assertiveness expert Linda Tillman.

“Anyone who tells you I don’t care at all what anyone thinks of me is lying,” a friend once told me. True indeed. We are all hardwired to crave social approval. According to UCLA psychology professor Naomi Eisenberger, social rejection activates many of the same regions in the brain that light up when we are in physical pain. It seems our desire for social approval is evolutionary. Our ancestors hunted in packs, huddled together to keep themselves warm, lived in large, close-knit groups for protection against wild animals and other human groups. Without the acceptance of the group, the individual would die. Of course, this is not quite the case today where wealth and access to resources mean one could very well live a long and physically healthy life without seeing another human being. But biology persists.

I’ve definitely been guilty of people pleasing, and still am from time to time. But I have since discovered that resisting my instincts to do cartwheels for others, and learning to disregard the audience is a more satisfying way to live.

Here are some reasons why people pleasing doesn’t work.

People pleasers are rushed and tired

When you can’t say “no” to people asking for favours, bosses giving you more than your fair share of work, or even to a lunch invite from a friend sent out at the last minute, you’ll find yourself scrambling about from one place to another with hardly enough time to take a crap.

People who say “yes” to everything, don’t excel in a single thing. They are no fun to be around because they are often distracted. (You know that friend of yours who is always responding to emails or text messages while when you’re at lunch together). Because they’re doing so much, they are often unfocused and not fully present to the task or person they are engaged with. They move too quickly, juggle too many things, don’t get enough sleep and can easily become clumsy, inefficient and unpleasant to be with.

Giving in to social pressure is one of the people pleaser’s greatest weaknesses. This often means they don’t do a very good job taking care of themselves, and can suffer from poor health. A people pleaser would very likely sacrifice activities beneficial to their own health like time at the gym for say a family member in need of a ride from the airport (one who could very easily get a taxi on their own). A people pleasing wife might need to see a doctor for a backache or get a massage, but she opts not to because she feels guilty about dipping into the family finances for something “unnecessary”. A people pleasing teenager might stay up all night struggling to study a subject he detests because he knows it leads to the career-path his parents want for him.

“Often, people pleasers are afraid of confrontation and will just agree and say yes to most anything to avoid an uncomfortable argument or disagreement,” says social psychologist Susan Newman. According to her, prioritising the needs of others over your own, and feeling selfish or guilty about taking care of yourself “can create incredible anxiety not only because you’re doing too much but also because you’re worried about doing it right and doing it perfectly”. Trying to be all things to all people creates a heightened state of stress. This leads to lowered immune resistance, which makes you more susceptible to colds and other illnesses.

When we engage in people pleasing behaviour, we are at risk of attracting not-very-nice people into our lives, people who are more than happy to take and take without giving in return, and who will sap us of our time, energy and peace of mind.

People pleasers may be popular, but they are seldom respected

In many organisations, people pleasers who haven’t learnt how to alter their behaviours rarely become leaders in their chosen fields. Their willingness to help others and their easy-going dispositions give them a leg-up in the early stages of their careers, and they are often valued by those they work with.

The people pleaser may have a lot of “pals” in the workplace, however, they are often overlooked when leadership opportunities arise. Because they are so obliging, somewhere along the way, people catch on to the fact that they are not resolute or tough enough to take decisions that prioritise the good of the group, project or cause over the good of one of their “pals”. Opportunities are passed on to personalities who fall somewhere between the people pleaser and the manipulator.

In social settings, the people pleaser is so concerned with making a good impression that they can come across as overly eager in their attempts to fit in and engage. When dating, they yield and express affection too quickly, which may kill the thrill of the chase, resulting to their desired partner losing interest and breaking their hearts.

Pleasing others may make you likeable, popular even, but it doesn’t beget respect – that illusive quality of high-esteem which all successful leaders and desirable life partners exude. Where does respect come from, and why can’t we just perform and please to earn it?

Eldridge Cleaver once said, “Respect commands itself and can neither be given nor withheld when it is due”. Unlike popularity, respect, which is conceivable only through self-respect, is a quality that exists apart from public perception. It comes from having unshakable confidence in the value of your personal convictions and actions regardless of who may or may not be watching. “If I despised myself, it would be no compensation if everyone saluted me, and if I respect myself, it does not trouble me if others hold me lightly,” said Zionist leader Max Nordau. Author Joan Didon wrote, “to free us from the expectations of others, to give us back to ourselves – there lies the great, singular power of self-respect.”

People pleasers never find out what makes their heart sing

Have you ever been out alone, running through endless green fields on a clear and sunny day, with the wind blowing in your hair, and not a single soul around you? Do you remember the freedom, the joy of being completely and utterly “you”? If you’re like most people, you traded in your authentic self a long time ago to hear the audience say “My, my, what a good girl/boy, she/he is”, “You did the right thing, well done, very good”.

You studied engineering though you wanted to be a chef. You took the most boring job that offered the highest pay. You settled on the boy that your mother liked. You quickly made two babies you didn’t really want because you were “at that age”, or would lose your lady if you didn’t. Then you bought a house and filled it up with things that you thought would make your friends envious, so you could justify staying stuck in the high paying job you hate, with the man or woman you can’t stand, and the kids that drive you crazy, because now you are locked into a mortgage, locked into the “happy family” script, and you just can’t afford to rock the boat. Soon you are too old to go running alone in green fields, and you no longer have enough hair for the wind to blow through.

And for what? All because you wanted to them to clap.

Don’t get me wrong, I am not against making what some might consider responsible choices in life. I just question how many of these choices we make are made with faith and passion rather than in fear and timidity. Did you choose your life with your heart, or with your eyes ­– seeing and mimicking the ways of civil society?

What are you really good at? Where does your talent lie? What do you dream about and wish for? What do you love?

People pleasers miss out on the chance to discover who they are meant to be. In all their “trying to be”, they deprive the world of the most precious aspect of themselves – their unique, free spirit which knows that life’s sacred purpose is to manifest the noble desires of one’s own heart, so the world can partake of new and joyful fruit.

“You have to live on this twenty-four hours of daily time. Out of it, you have to spin health, pleasure, money, content, respect and the evolution of your mortal soul. Its right use, its most effective use, is a matter of highest urgency,” wrote English novelist and playwright Arnold Bennett.

So don’t squander it trying to avoid a rotten tomato, or for bravos and encores.