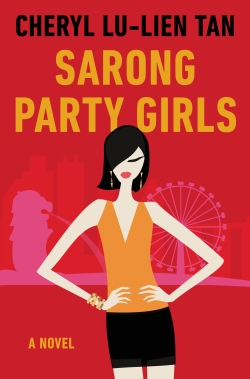 As of December 2016, New York based Singaporean author and journalist Cheryl Lu-lien Tan’s novel “Sarong Party Girls” has been on the Straits Times bestseller list for more than thirteen weeks.

The novel introduces readers to the seedier side of the “clean and green” Lion City. Through the eyes of Jazeline (Jazzy) Lim Boon Huay, a twenty-something, Chinese-Singapore woman from a working class family, Tan presents an intriguing, often bawdy, funny, and at times disconcerting portrayal of the life of a Sarong Party Girl (SPG) – sexually adventurous, single Asian women who prefer Caucasian over Asian men.

I spoke to Tan during the 2016 Hong Kong International Literary Festival to find out more about the book.

MKM: How did your fascination with Singapore’s SPGs begin?

CLLT: In 2009, when I was back in Singapore doing research for my first book “Tiger in the Kitchen”, I met a lot of my old friends who were in their 30s, divorced and back on the dating scene. Some of my friends jokingly referred to themselves as SPGs. One friend who was dating a British guy joked about having “Chanel babies” – a term that referred to mixed-race babies, and I thought that was such as interesting idea. 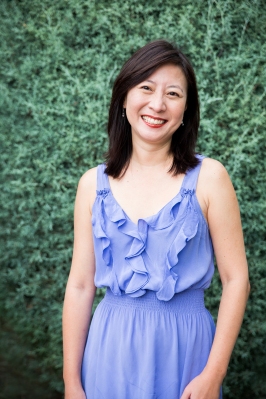 MKM: After Jim Aitchison’s humorous “Sarong Party Girl” series came out in the 1990s, SPG became somewhat of a derogatory term. What is your idea of an SPG, and does Jazzy Lim embody a typical SPG?

CLLT: I guess the classic SPG is an Asian woman looking for an expat man so she can gain access into a world she imagines is more sophisticated or progressive than her own. She is looking for someone who can offer to take her away from the life she knows, to a different life. “Sarong Party Girl” is not that dissimilar in theme to some of the works of Jane Austin or Thomas Hardy, and has been compared to Austin’s “Emma”. It is basically a story about a young woman who wants to improve her life through marriage.

MKM: What does the SPG archetype say about postcolonial hangover in Singapore?

CLLT: Singapore is a young country. It’s only 51 years old. For so long it has been a British colony and evidence of that is everywhere. It’s hard to escape the colonial perspective that a British Caucasian has higher social status than an Asian. The SPG is in some ways a study of socioeconomics – it’s about a woman caught between the old world and the new world who is navigating the future in a way that she feels would best serve her interests.

MKM: Singapore is such a modernised, and (in many ways) progressive society. Why do you think the Pinkerton syndrome is still prevalent?

CLLT: I don’t think the attraction is about skin colour, it’s about attitudes – the SPG thinks that Western men might be more open-minded and less old fashioned than the local men she meets.

MKM: Why did you decide to write the novel in Singlish?

CLLT: Back in the U.S., I tell people I am from Singapore, and they ask about caning or chewing gum. I wanted to break this stereotype that the West had of Singapore as a boring, sterile place. You listen to Singaporeans speak Singlish and you just know these are not boring people. I wanted to challenge the people who keep saying  that my country very boring (example of Singlish). I think it was Junot Diaz who mentioned that Tolkien wrote huge chunks in Elvish, which wasn’t even a language, yet people read and enjoyed his books.

I chose to write in Singlish because it speaks about the Singaporean’s quest for identity, Singlish brings into view who were are as Singaporeans versus who we want to be. Singlish is an important part of my identity, and I will never give it up.